ALL RIGHTS SHOULD BE FOR ALL OUR PEOPLE 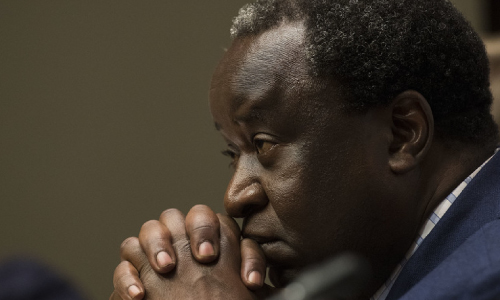 By Dr Paul Kariuki: Most people said the budget address by Finance Minister Tito Mboweni was doom and gloom, as it confirmed the worsening state of the nation’s finances. The budget had little to inspire confidence, even though there will be no increase in personal taxes. With a shortfall in revenue collection, where will the state get the money it needs to uplift a struggling economy? Where will money come from to bail out ailing state-owned enterprises (SOEs)? Why did value-added tax remain the same when citizens are struggling?

Citizens are tired of lip service and are expecting greater clarity by the government of how it will fulfil the promises President Cyril Ramaphosa made during his State of the Nation address (Sona).

Ramaphosa said his administration would cut down on government expenditure.

To appreciate government’s intention to respond to economic challenges and build citizens’ confidence in its plans, there are several decisive actions that the state must implement speedily.

First, it is important to reduce expenditure on SOEs significantly. It is unacceptable to continue investing in enterprises that are riddled with corruption, poor governance and a bloated workforce. The cost to the economy of running such enterprises is huge and unjustifiable given the social challenges facing the nation.

Third, citizens are observing closely the pace at which the revelations from the Zondo and Mpati commissions will be addressed. These inquiries continue to unravel new layers of corruption and theft. The proposed investigation unit within the National Prosecuting Authority will not let these revelations pass without decisive action and thorough investigation to ensure prosecutions do not collapse in court because of mishandling of useful evidence. More importantly, all monies embezzled from the fiscus because of dubious and shoddy dealings must be recovered speedily and redirected towards meeting the needs of citizens. At the same time, citizens expect the culprits to be prosecuted to promote the rule of law.

Fourth, there is a dire need to ensure high levels of competency in the public service to execute government programmes. It is imperative that the government pays attention to cadre deployment, which has always compromised the state’s capacity to deliver public services adequately. The economic cost associated with maintaining a not-so-competent staff complement is unaffordable in an ailing economy.

Fifth, given all the promises in the Sona, there is an expectation that the economy will not only grow but also create jobs to address unemployment and alleviate poverty. But implementation of government plans depends on ensuring that adequate revenues are collected so they can be reinvested in labour-intensive sectors to ensure the majority of the unemployed, especially young people, gain access to the mainstream economy and earn a living.

Sixth, the newly promised investments must be secured speedily so citizens can experience the benefits. The nation runs the risks of overspending when very minimal revenues go back into the treasury to support implementation of government programmes. The state must also work harder to ensure there are no risks of downgrades by rating agencies, which will create more havoc in an already struggling economy.

In conclusion, as South Africa heads to the polls, citizens will be careful in how they cast their votes. This is because they are desperate for change in their circumstances. With uncertainty in the growth and revenue forecasts, there is little assurance of generating adequate revenue. As such, citizens’s votes will be hard-won this time around. They won’t trade off their values for political favours. For this reason, citizens and civil society cannot afford to relax and watch the space. They will not endorse party positions that do not capture their aspirations or address the pressing challenges.

Citizens and civil society must return to spirited civic activism to ensure that the implementation of the Sona promises are sped up and depoliticised.  The state should expect enhanced civic activism aimed at ensuring that the interests of citizens are prioritised in its programmes at all levels of governance, irrespective of the state of the economy.

Dr Paul Kariuki is the executive director of the Democracy Development Programme, a national nongovernmental organisation headquartered in Durban. The views expressed here are his own.