THE EXPERIENCES OF FOREIGN NATIONALS & OTHER MIGRANTS IN SA

CIVIL SOCIETY CAN & MUST PROMOTE WOMEN’S PARTICIPATION IN SHAPING SA 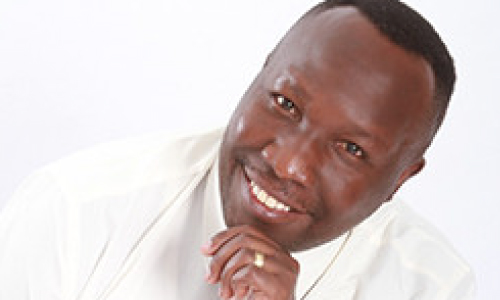 By Dr Paul Kariuki: The role of women in shaping the new, democratic SA is well documented. However, their contribution to social change and development has often been underrepresented.

The role of women in shaping the new, democratic SA is well documented. However, their contribution to social change and development has often been underrepresented. Globally, according to the Inter-Parliamentary Union based in Geneva, more women were elected to national parliaments in 2017 than in 2016. This took them from 23% of seats to 23.4%. Although the increase was marginal, it was nevertheless encouraging that more women are recognising that they have the potential to lead and contribute significantly in society.

The South African government has made significant strides in recognising the role that women play in leadership.

For instance, in 2008, women made up 43% of the cabinet, and held 33% of the seats in provincial legislatures. SA’s first woman deputy president, Phumzile Mlambo-Ngcuka, was appointed in 2005.

The enforcement of electoral quotas for women is one of the major contributors to increasing numbers of women in national and regional leadership. Such electoral reforms should be encouraged as they are needed to continually challenge conventional norms about gender roles in society, which endlessly normalise leadership as a men-only domain.

Women empowerment is about addressing gender oppression, gender-based violence, sexism, racism and all other forms of exclusion that dehumanise women and limit their collective and individual capabilities to make informed life choices.

While the above statistics are laudable, much remains to be done in enhancing significant representation of women across all sectors of the economy.

The sector should press for more structural reforms that allow more women to participate actively and equitably in the mainstream economy. This advocacy effort should promote equitable allocation of financial resources in the government’s development budgets, nationally, provincially and locally, for more women and girls to be trained in professions that were previously male-dominated.

Although there is a conscious effort from various professions to enable women to enter these professions, there are still pockets of systemic resistance to diversity and transformation. These need to be addressed urgently to promote gender sensitivity.

The sector ought to promote civic education that seeks to sensitise society about the important role that women play in entrenching values that give rise to new norms where gender does not matter as far as our collective and individual contributions in society are concerned.

For instance, the critical role that women played in the liberation struggle remains unknown to many youngsters. It is important to retell stories of the sacrifices women made for our freedom, the pain they endured and the hardship they encountered. The views of women are crucial in creating new narratives that promote equality and recognition of the crucial roles that women are playing in deepening democracy in the country.

Such civic education will go a long way in stemming the unnatural trend observed in our society of atrocities against women and young girls.

The sector should encourage women to engage fiercely in issues of national importance, such as the land reform debates. Sometimes national discourses may seem overwhelming to people, especially those who are not naturally public speakers. Women must be courageous about taking up opportunities to engage.

Civil society should continue exerting advocacy pressure on the judicial system to mete out stiffer sentences against perpetrators of gender-based violence. The increasing incidence of assault against women is shocking and the justice system seems not to hand down sentences stiff enough to deter perpetrators of these criminal acts. There is a need for ongoing advocacy to lobby the criminal justice system to be more sensitive towards women and girls.

It is a collective societal responsibility, for men too, to promote women as equal contributors to a gender-responsible society. The government and all social partners must use all available measures, including policy regulation and advocacy, to support women’s ascendancy into weighty and strategic leadership roles in society.

*Dr Kariuki is the programmes director of the Democracy Development Programme, and writes in his personal capacity.