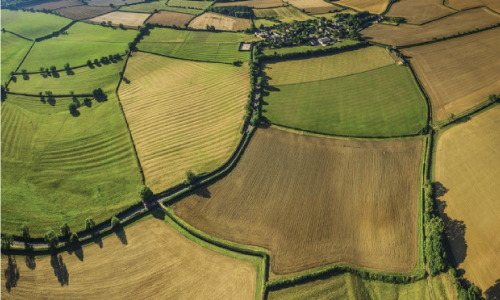 By: Dr Paul Kariuki (DDP Programs Director): For decades, equality of all has been a contentious issue in South Africa, even with an enabling Constitution and a Bill of Rights. The land question has come at a time when the political climate in South Africa is highly charged. And with scanty details about how the land will be distributed and how it will impact the nation’s economic status, there is a cause for anxiety.

The reality is that access to land is a highly emotive matter in any country. This is because of the economic importance attached to it as an appreciable asset. It therefore evokes charged emotions whenever a subject such as land expropriation without compensation comes up for debate.

Earlier this year, President Cyril Ramaphosa, while addressing the National House of Traditional Leaders, informed the nation that the issue of land expropriation would unfold in a manner that did not pose a threat to the national food security, implying that it would be done in a manner that boosted agricultural production while redistributing it back to those from whom it was taken, through wide-ranging consultations with all stakeholders.

According to the latest available figures from 2017 land audit, most of the land in South Africa is owned by white people – 72% in rural areas (in the form of farms and agricultural holdings) and 49% in urban areas. It is undeniable that in the interests of land equity and justice in the country, land redistribution is necessary in the interest of reversing the past injustices that led land inequity.

However, it is imperative to remember that land in South Africa has always been expropriated in the past without compensation through legislation.

Given this historical background, the socioeconomic and political consequences of the recent call for a constitutional amendment for land expropriation without compensation cannot be overlooked. Whatever the measures that will be taken even after repealing section 25 of the Constitution, any amendments must be constitutional.

First, it is important to ask why did the land restitution programs collapse? This is a national conversation that the government ought to convene and engage with citizens and stakeholders across the country.

Second, it is important that the issue of land compensation not to be racially determined, because following this approach breaches the constitutional rights that all citizens enjoy regardless of their racial background. There is room for constructive dialogues to find amicable solutions to this debate without betraying our democratic imperatives of equality. However, if any piece of land is needed by the State for a public benefit, then the State is constitutionally permitted to engage with its owner irrespective of racial background of its owner and agree on a fair value of compensation as per Section 25(3) of the Constitution.

Third, because the Bill of Rights provides the framework through which rights of all citizens are protected, it must be used a legal instrument to facilitate land justice in the country. As emotive and complex as the subject is, there must be a willingness from the White landowners to come to the party and all parties involved in the process should negotiate in good faith. The dialogues must be authentic and well-facilitated to address all fears and concerns whilst exploring available possibilities to guide the restitution process.

Fourth, intense civic education on this matter is needed. It is a critical tool for enabling citizens understand their constitutional rights and duties including their duties to other citizens as members of society. The absence of civic education in academic programs in the country contributes largely to reactive responses by most citizens as there is still a knowledge gap as far as rights and responsibilities are concerned. This knowledge deficiency poses a threat to upholding the rule of law. Our nation needs civic education.

In conclusion, land redistribution is about restoring dignity to all citizens. Land redistribution is unavoidable. However, it must be done sensitively to ensure it does not reverse the gains of democracy and undermine the rule of law in the country. The process of engagement must be within the ambits of the Constitution.