THE EXPERIENCES OF FOREIGN NATIONALS & OTHER MIGRANTS IN SA 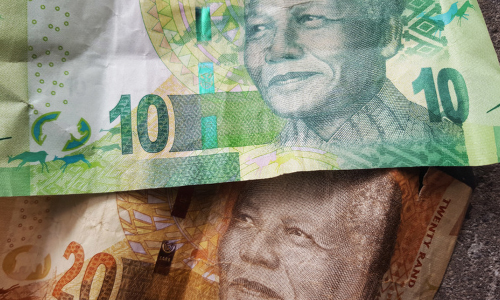 By Dr Paul Kariuki (DDP Programs Director): Since democracy in 1994, the government has been promoting a developmental local government that is responsive to the needs of citizens.This entails among other things substantial financial resources to ensure that the government adequately meets the needs of its citizenry.

But, despite significant financial resources allocated and expended by municipalities on the delivery of basic services, satisfactory service delivery remains a distant dream for most people.

Moreover, over the past decade, the revenue bases of municipalities have dwindled, especially those in peri-urban and rural areas, adversely affecting the capacity of municipalities to deliver services to their constituencies.

And the challenge of providing services efficiently and effectively will seemingly linger for a long while given the current low tax collection by the South African Revenue Service because of citizens withholding their taxes. When Malusi Gigaba was minister of finance, his medium-term budget policy statement in October last year reported that the economy was expected to grow by 0.7%. This was against the backdrop of the state failing to collect about R50.6-billion in taxes.

The situation hasn’t changed much since then. Given that the nation is technically in recession, the fiscus is under dire financial strain. The treasury is at pains to explore ways to reinvigorate the economy so that it can grow and stimulate a conducive environment for creating jobs.

But the question that still lingers is: Why are citizens withholding paying their taxes?

Although their reasons are diverse, some of the main reasons could be attributed to poor service provision by municipalities, unbridled corruption in the municipalities and the government generally, political patronage, weak enforcement of public finance management requirements resulting in ineffective monitoring of public expenditure processes and lopsided revenue sources and expenditure plans.

All these factors combined could be contributing towards the low morale of citizens and their decision to withhold their taxes.

South Africans are becoming increasingly frustrated by the slow pace of service delivery, and are demanding not just improved service delivery but also discernible value for money on public expenditure. To a large extent, the discontent among citizens is clearly about the failure of their taxes in the form of government revenue (inputs) translating into expected services (outputs).

Furthermore, most municipalities continue to receive qualified audit reports, with the majority reporting high levels of wasteful expenditure of taxpayers’ monies that cannot be accounted for. This is disheartening to say the least and warrants urgent correction if citizens’ hopes in the municipalities are to be restored.

Citizens’ unwillingness to pay their taxes faithfully as required by the law must be understood against this background. In the face of dwindling tax revenue to support government programmes, it must cut spending on nonperforming state entities to prioritise basic service provision and other urgent and pressing needs, such as fees for students in higher education institutions.

Citizens are expecting urgent remedial action by the national government to raise their hopes. Inadequate revenues have the capacity to affect local governance adversely. Civil protests are highly likely to become the order of the day, especially when citizens can no longer bear the weight of the increasing cost of living with little or no affordable and accessible public services.

With fiscal risks increasing at an alarming rate, the treasury will be at pains to allocate sufficient resources in its 2019 budget to ensure local governance is not adversely affected by any cuts in spending. Financial management in municipalities must be tightened to ensure that wasteful expenditure is halted permanently.

Other corporate governance failures, such as not holding corrupt municipal officials to account for their lack of professionalism, must be enforced while at the same time promoting responsible financial stewardship in the municipalities.

Inherent in this argument is a view that citizens will be observing closely to see how the government will respond to the fiscal challenge. The integrated development plans, for instance, cannot be effectively implemented without adequate financial resources. This, in turn, implies service delivery will remain unaddressed, further exacerbating the present development challenges.

But there is a twin side to this challenge — citizens’ tax morality. For law-abiding citizens, paying taxes is a moral obligation that cannot be negated, irrespective of the levels of disillusionment with the government. Failure to pay taxes means delayed services provision and prolonged spates of poverty, unemployment and widening income inequalities, among other challenges. Moreover, noncompliance is illegal and can attract prosecution.

This is a clarion call to all law-abiding citizens to pay their taxes so that together we can exercise our civic duty of holding the government accountable, as enshrined in the Constitution.

For its part, the government must use public resources responsibly, curb corruption and all forms of maladministration in all spheres of governance and prosecute those public servants who break the law and misappropriate public resources.