YOUTH ARE AGENTS OF CHANGE IN OUR DEMOCRACY

NOW THAT CITIZENS HAVE VOTED, WHAT NEXT? A CIVIL SOCIETY PERSPECTIVE 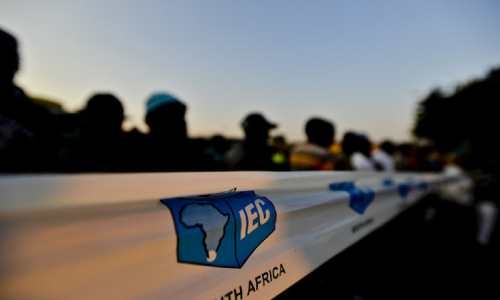 By Dr. Paul Kariuki: The 2019 National and Provincial elections have come and gone. Citizens all over the country came out in their numbers and expressed their democratic right. They chose the party that they felt represented their aspirations and presented a vision for the country that they could support. Some voters struggled with their decisions, finding no one party comprehensively captured their interests, nevertheless they voted. Now the real work begins – of rebuilding a fractured society and mending fissures created by intense campaigning of the last three months. It is imperative to note that the onus of rebuilding the nation rests on all of us – citizens included – working collaboratively with government at all levels of governance. However, there are more specific tasks for each segment of our society that must be done to realize a just society as envisioned in our Constitution.

Firstly, the government is tasked with a significant load of responsibility in delivering all its promises made to the nation during the campaigning season. Fighting corruption in all of its forms must remain at the forefront of the new administration. The various commissions are making significant inroads into the various webs of corruption that invaded and controlled the public sector in the last decade. Citizens and civil society will actively advocate for proactive actions from the state to follow-up on every expose and take decisive actions towards those named as active agents of corruption.  This is pivotal in rebuilding trust in government. Moreover, the new administration will be held responsible in addressing local issues that featured prominently in every campaign engagement with political parties throughout the country. Poor basic services delivery remained a serious talking point, in some cases, some communities in the various parts of the country decided to abstain from voting. The sense of despair and hopelessness eclipsed the realities that the power of a vote carries when a citizen decides to exercise their democratic privilege. Whilst their despair was legitimate in those instances, it cannot be business as usual. The new administration must now resume office with a renewed sense of urgency and address all the issues that citizens brought to its attention during the campaigning period. Failure to act decisively and deliver satisfactorily, may affect their popularity come local government elections in 2021. Given the outcome of this year’s elections, the ruling party now understands that its devoted base is shifting its attention and loyalty is no longer guaranteed.

Secondly, civil society must invest intensely democracy and voter education to continue educating citizens about the importance of voting. Approximately, 26 million voters registered for the elections. However only 17 million voters casted their votes. According to the Independent Electoral Commission (IEC), the voter turnout dropped from 73.48% in 2014 to 65.99% this year. So, the question is are South Africans losing interest in elections? To answer this question comprehensively, it must be more than the numbers. However, the numbers do tell a story. Voter turnout is dropping and needs to be addressed with a sense of urgency. Moreover, greater attention needs to be directed towards young people, given the low numbers of young people who registered to vote. According to the Parliamentary Monitoring Group (PMG), the number of 18-19-year olds that registered on the voters’ roll this year was 341, 236 compared to 646 313 of the same age group that registered in 2014 elections. This implies that their numbers dropped by almost 47% in this years’ elections. Furthermore, the number of 20-29-year olds also dropped by 4% from 5.7 million in 2014 to 5.2 million in 2019. Whilst the reasons for the drop are unclear at this stage, one thing is clear – this demography needs special attention as far as voter education is concerned. In doing so, voter apathy among them is highly likely to be reduced. However, It will take concerted efforts from all election’s stakeholders such as the IEC as well as political parties to work together with civil society in addressing this situation.

Thirdly, political parties themselves must work more closely together this time around more than ever before. The nation cannot afford another five years of political parties talking past each other. There must be a sincere desire from all political parties to keep their individual interests aside and serve citizens as they promised during their campaigns. They must act definitively against all forms maladministration in the country even amongst their own ranks where the opposition is in leadership. By doing this, they will be entrenching and deepening a culture of accountability in the public service. Political parties and their leaders must demonstrate that they took citizens concerns seriously and are willing to address them in tangible ways. They must be willing to engage with citizens in meaningful ways to foster productive partnership among themselves, thereby shifting power towards the citizenry than their headquarters.

In sum, now that the elections have come and gone, the real work of rebuilding the nation commences now and must continue. Whilst voting is one of the ways that citizens hold their leaders accountable, ongoing civic education is critical in ensuring that the citizenry is aware of its responsibility and it cannot afford to despair. This civic education is important in preparing the nation for the 2021 local government elections. Furthermore, citizen-led activism must also be continuing, supported by civil society and other stakeholders such as the Chapter 9 institutions, to ensure that the new administration delivers on its promises at all levels of governance, especially at the local level. This is a litmus test that it has to pass gearing towards the 2021 local government elections.

This Article was published on the City Press Newspaper on Sunday 19 May 2019.

Dr. Paul Kariuki is the Executive Director for Democracy Development Programme (DDP), a national NGO headquartered in Durban. He writes in his personal capacity.