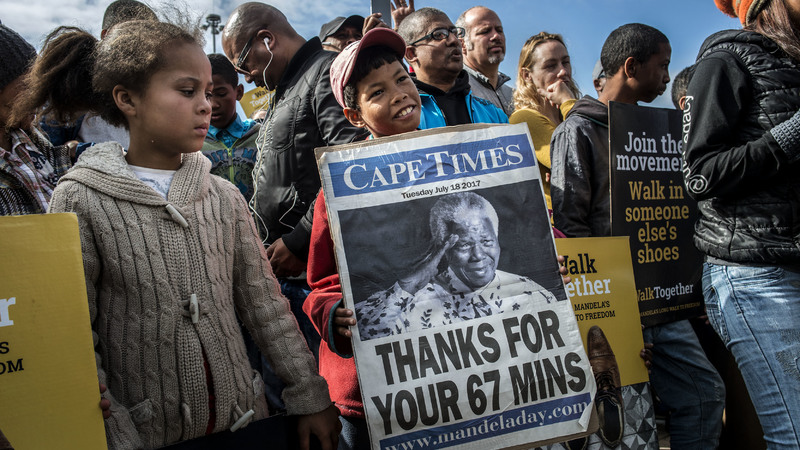 Mandela Day is about advancing and deepening democracy, just as Nelson Mandela did every day.(Rodger Bosch/AFP)

For 25 years, South Africa’s maturing democracy has experienced its fair share of twists and turns. On what would have been Nelson Mandela’s 101st birthday last month, it was clear that the fight for an ethical and efficient constitutional democracy that puts the interest of the people first is ongoing — and might not abate soon.

As we honour and pay tribute to the founding fathers and mothers of our struggle — the likes of Nelson Mandela, Walter Sisulu, Ahmed Kathrada, Govan Mbeki, Winnie Madikizela-Mandela and many others — for fighting apartheid and establishing a democratic society, critical questions need to be asked about the health and status of our democracy at this present moment.

Is this the South Africa that the stalwarts gave their life for? What would they have expected of us, who they left behind to nurture what they birthed? These and other questions continue to linger in the minds of most citizens as they grapple with ongoing revelations of maladministration and corruption in municipalities and state-owned enterprises.

Although citizens recognise the hard work done by most ethical leaders, as well as by ordinary South Africans, in the public, private and civil society sectors over the last few years to protect our democracy birthed by our liberation stalwarts, the sense of disappointment lingers in their hearts. The fight against corruption is far from over and continues to threaten the foundations of our democracy. Moreover, they undermine the essence of democracy in our country.

The recently released auditor general’s report indicating the extent of corruption and poor governance in most of our municipalities is indicative of the threat that corruption poses to our democracy. Moreover, efforts by the government to rebuild and promote efficient ethical governance have not proven successful, as many public officials remain unaccountable for their misdeeds.

Furthermore, it is disconcerting to note that some state institutions and public agencies continue to be used in hampering efforts to promote good governance and make all spheres of governance operate in the best interests of all South Africans.

Against this backdrop, the pillars of our democracy seem to be facing a threat. We need all citizens from all walks of life and backgrounds to take active interest in holding our leaders accountable, both in the public and private sectors. Otherwise, the government’s plans to positively transform the lives of South Africans and all who live in the country, are at stake.

As a nation, we are at a crossroads and the time to act against every threat to our democracy is now. All citizens across the country need to be vigilant and participate actively in public life to defend the hard-won democracy that our founding fathers and mothers fought for.

As South Africans, we should unite in confronting the maladies that have gripped our public and private sectors, and collectively commit to end corruption and all networks associated with this scourge. Unless we are resolute about eliminating corruption and other issues plaguing our maturing constitutional democracy, future generations will hold us accountable for our inaction and possible complacency.

Therefore, in remembrance of Nelson Mandela, the founding father of our democracy and in the spirit of guarding it in his honour, we must commit to taking some tangible steps. As citizens, we must continue voicing our dissatisfaction with any form of maladministration, wherever it is found, including in both public and private sectors.

Civil society must continue advocating for any compromised public and private personalities holding official positions in government and companies, including the state-owned enterprises, that are found to have participated in acts of maladministration be held accountable;

Collectively, we must continue to support public officials who have stood up against corruption and other forms of maladministration in society. We must also continue advocacy about political party funding and exert pressure on political parties in demanding openness and transparency.

We should demand enforcement of ethical public service as a norm across all spheres of governance and continue to exert moral pressure on political parties in their fight against corruption in all its forms, including confronting their own members when caught in any corruption-related scandals.

This is a clarion call for us all to stand up and defend our democracy. Every citizen, irrespective of their own political ideologies and orientation, has a critical role to play in ensuring our democracy and its institutions are guarded against any potential threats aimed at weakening them.

More importantly, as citizens, we must continue holding our public officials and civil servants to account. We want public officials who are honest, trustworthy and uphold the highest standards of ethical behavior in their service to the public. Moreover, we yearn for an accountable and ethical public service.

The time to stand up and be counted is now. Every citizen is doing their bit, no matter how small their contribution. Mandela Day is about advancing and deepening democracy, just as Nelson Mandela did every day. 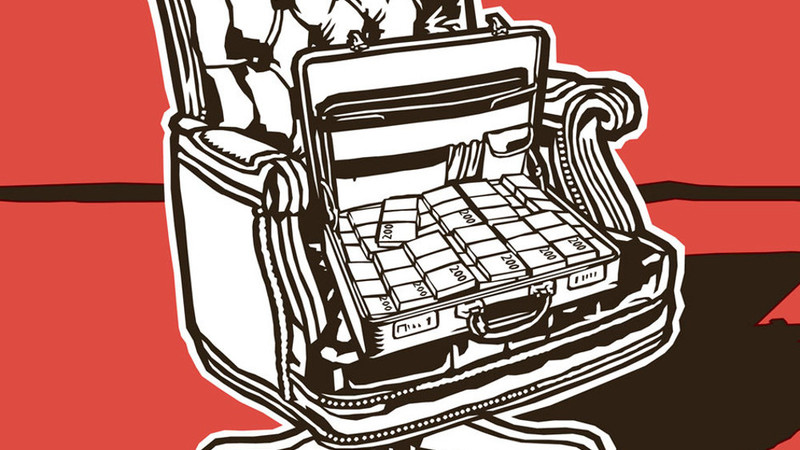 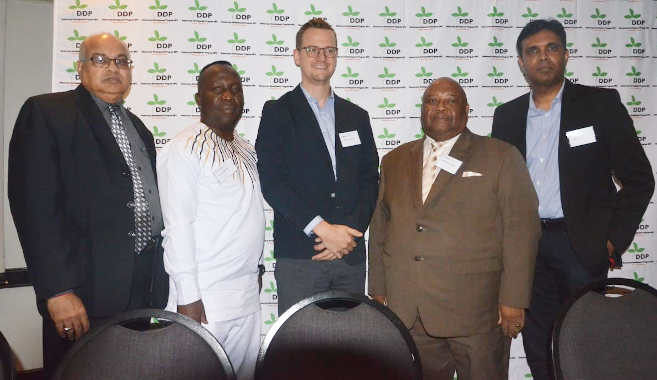