Social Cohesion: It should start with you and your family! 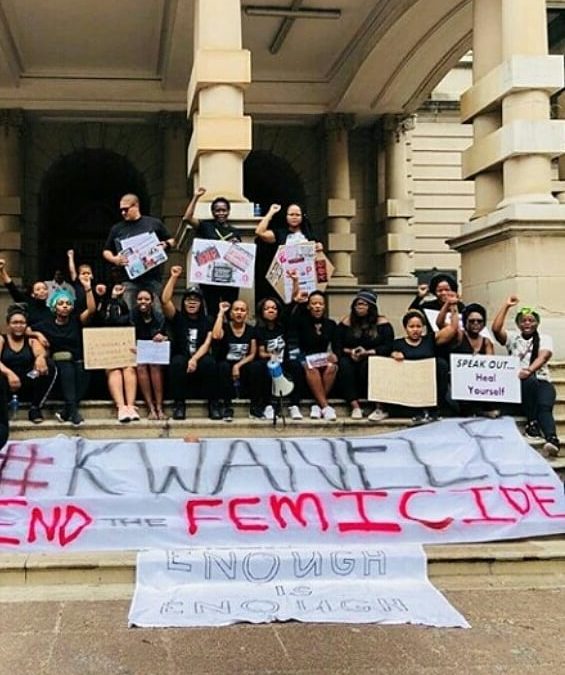 Protesters during the #Kwanele...End the Femicide March in September 2019 at the Durban City Hall.

On 13th September 2019, I was a participant in a march; I marched in support of an unfortunate cause – against femicide and gender-based violence. The march was organized by Ms. Thandolwenkosi Mthembu and she called on those in support of this cause to come out in their numbers. This march was also aligned to the #TotalShutDown marches that were held across South Africa on 1st August 2018 – a march in which I participated in, although in Cape Town.

This was a well-supported march under the banner of #Kwanele. and the beauty of this march was that it was inter-racial and was inclusive of all genders because there were men who joined us from beginning to end. The march started from the Durban International Convention Centre (ICC) and ended at the Durban City Hall. It was well-planned and we were escorted by the police. It was a somber occasion which evoked many sad emotions because as much as femicide and gender-based violence is a national struggle, for some of us it is also personal because we either know or know of a woman who was either raped or killed by a man. We chanted struggle songs, there were moments we held each other and other moments where we sobbed; it was an emotional but necessary march.

Perhaps we did not completely shut down Durban and perhaps there were not thousands of us present at the march, but it takes one person to start a revolution and Ms. Thandolwenkosi Mthembu has started a very important campaign. Many marches were held during this period after the rape and murder of Uyinene, a UCT student, and many other women who died in the hands of men. Uyinene was raped and killed by a man inside a post office in Cape Town – she had been missing for a few days until it was discovered that she was brutally murdered. These marches were all in support of the same cause but the #Kwanele march sought change through action. A memorandum was drafted and presented to a representative from the Premier’s office who signed the memorandum and agreed that the government would work with us to ensure that there is an end to the war on women’s bodies. We also acknowledge that as much as we may hold the government accountable, but we are also responsible for doing our bit. Hence, we availed ourselves to the government that where they lack, if they are willing to work with us, we are also willing to come on board using our expertise to facilitate change. While others marched chanting songs and placards, we had a physical plan of action (a memorandum) and deadlines set for the government, stating when we expect to see certain changes being implemented. Thandolwenkosi has also set up an ‘Action Group’ which is a group of people who will meet regularly and share their thoughts and expertise with a common objective of fighting against femicide and the merciless killing of women by men. However, we are tired of marching every year against the same cause. What more needs to be said or done for men to accept that our bodies are not crime scenes?

The Return of History: Recurring economic recessions, pandemics, and the prospects for post-pandemic economic boom.

Addressing Youth Apathy Towards Increasing their Participation in Electoral Processes in South Africa.