Sexual violence in the name of tradition and culture 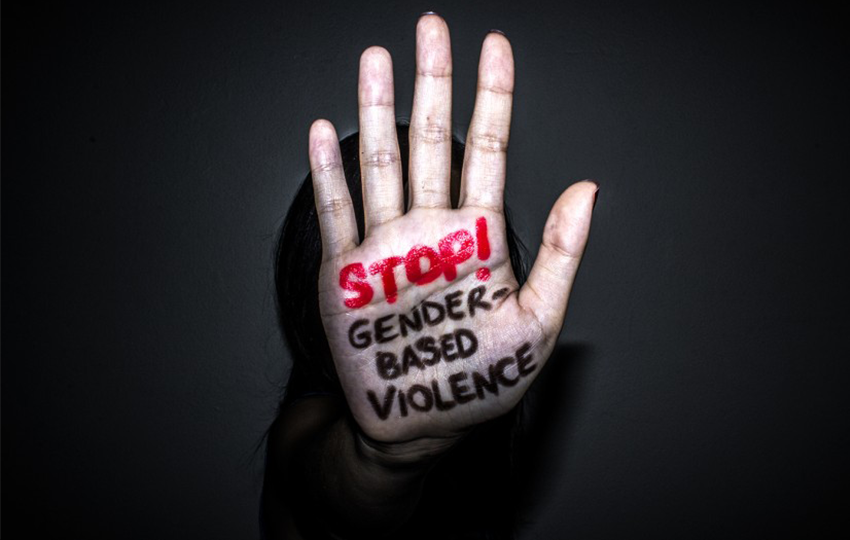 Picture: Voice of the Cape

“Abuse taints traditional healing” – that is how the title of the article on page 17 of the Mail & Guardian 27 September to 3 October 2019 issue, reads. Prior to reading the entire article, I first read the summary of how a sangoma trainee was raped, repeatedly, by her mentor but has been shunned for supposedly ‘dishonouring’ the name of the cultural practice. I was further intrigued by the fact the article has been placed on page 17 of this newspaper. If you are an avid newspaper reader, you will know that the topics that are of greater importance are placed towards the front and those not so important at the centre or towards the back. Perhaps this was an unconscious mistake by the Mail & Guardian, but it is representative of South African society – that although gender-based violence is so prevalent, it has become “old” news yet statistics inform us that men kill women every 4 hours in South Africa.

To be a woman in South Africa means having to live a guarded life and always ensuring that you don’t do or say anything to “provoke” a man. The story of Andiswa Khoza is a disheartening and an unfortunate story. It is even more appalling that her multiple experiences of rape are situated in what is considered a sacred place where she is training to be a sangoma – the last place you would expect to hear of such a story. Her story is a clear indication of how men have and continue to get away with acts of sexual violence in the name of culture and tradition. However, I could not help but situate her story in contrast to how last year, 2018, many of the stories of sexual violence had been done within the church, by pastors and men of the cloth. A typical example being the story of how Pastor Tim Omotoso groomed young girls to give him sexual pleasures whenever he desired. The sad part was how when some of the young girls gathered the courage to speak out and tell their stories, they had more attackers than supporters. They were said to be tainting the name of the man of God. So, it is not surprising that Andiswa is facing the same kind of attack – she too is being accused of tainting the name of traditional healing. Sadly, our society is made up of more enablers of sexual violence than those who call it out for what it is.

Andiswa points out a very crucial point and one that needs further engagement and scrutiny. She says, “I’ve just been assaulted, raped and the rape kit requires me to lie on my back and open my legs. Like, now I must go through this again?” She brings to light how women are forced to replay or re-experience their rape experiences even at state institutions where they are supposed to receive support. From having undergone the unfortunate brutality against her body, at the police station she is yet again expected to role-play her rape as she is examined. In many instances, women are raped by men only to have to report their cases to male policemen. At a later stage, as has been seen in previous rape cases, she will have to re-live her trauma again and again as she will be scrutinized in court and asked questions to prove that she was indeed raped.

A major injustice experienced by rape victims in this country is being encouraged to speak out yet when women do speak out, the “suspects” (as they are called) are detained for a few days only to be released on bail – they are free to roam around as they please but the victim spends the rest of her life in fear and always looking over her shoulder because a protection order is often nothing more than just a piece of paper. As if this is not bad, the court cases are often postponed to later months. Many never receive justice because rarely are perpetrators convicted. However, the Justice system should be commended on the recent ruling on the Dros case in which Nicholas Ninow was convicted and sentenced to life for the raping of a child at the restaurant. I hope that he won’t be like other perpetrators who are released on “good behavior” barely half-way through their sentence. Rape, femicide and gender-based violence ought to be prioritized.

The South African Police Service staff should be victim-friendly and should have facilities for efficient and immediate assistance of victims. Ideally, victims should not have to undergo further scrutiny and further victimization by living out their trauma repeatedly. The general society is also quite problematic because of socialization, it makes sexual violence a burden of women. Women are victimized and are given the additional burden of answering questions like “What did she do to provoke him” and statements like “Women must speak out against sexual violence”. Women must do this, and women must do that. What do the men do?

There is often critique that focusing on girl children and women only may be detrimental in the long-run. To a certain extent I agree with this but on the other side, it places the responsibility on women to “fix” men. It is not and should not be the burden of a woman to teach a 42 year old man not to rape a woman. Perhaps it is important to teach this to a high school boy as part of the curriculum, but certainly not an elderly man.

A challenge I have noted is that often men who are against sexual violence sometimes do not call their male peers to order. If they do, the language they use is also quite problematic because it is language that is perpetuates patriarchy and does not challenge or seek to dismantle it. You often will hear those men saying “we should PROTECT women and not harm them” or “these are OUR women”. Language that presents men as the Batmen of women’s lives, further perpetuating the ideas that they are the saviours and women are their property.

The number of gender-based violence incidences in South Africa are shocking, unfortunate and devastating. These are only the incidences we hear of because many are unreported and undocumented. There needs to be societal-wide transformation of our language in reference to women and girls supported by the enforcement of law against perpetrators of gender-based violence. This transformation should include meting out harsher sentences to perpetrators as a deterrence measure. There needs to be a transformation in the mindsets of society and in the enforcement of legislature. It is men who should at the forefront of educating men and society in general and this should never be a burden cast on women.