Political tolerance is healthy for a democracy — as are dynamic exchanges 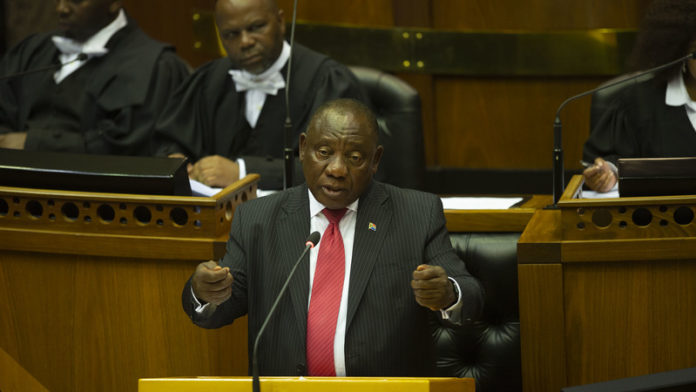 Last year, when newly elected President Cyril Ramaphosa delivered his State of the Nation address with unmatched enthusiasm, the speech gripped the imagination of the nation. Citizens were filled with hope as he bravely articulated the challenges the nation faced and the program of action his administration would execute.

He correctly identified the urgent need to revitalize the economy to generate much-needed growth and hopefully stem the country’s chronic unemployment, poverty, and inequality.

In stimulating the economy, The president outlined several steps including investing significantly in education; improving policy and political certainty in the country to harness investors’ confidence in the economy; improving public sector performance; removing regulatory barriers to small businesses; stimulating manufacturing through better incentives; stimulating the tourism sector as a job-creating segment and investing in skills development; and promoting industrialization as a transformation mechanism, enabling the emergence of black industrialists, including women, as producers capable of building business enterprises to a significant scale.

Although his speech then and the others that have followed were laudable statements of great intent, the sociopolitical and economic developments have strained the economy and complicated the ability of the government to deliver on its promises.

His 2020 State of the Nation address rehearsed the same messages that have been heard before. The speech failed to mention key issues that demand bolder actions from the government. These include:

• Warding off further credit rating downgrades by rating agencies such as Moody’s; and

• Recovering financial resources looted from the public purse through state capture and other related activities.

Politically, there are few conundrums that this new administration must handle sensitively to experience some immediate political and socio-economic gains. These include:

• Assemble a functional team, untainted by any maladministration. This is important for its credibility. But this assembling means tampering with factions in the ruling party, which may not be enthusiastic about the cleaning-up exercise that Ramaphosa has implemented. Dealing with his skeptics will be an ongoing task of this new administration and this means, in part, sacrificing some political relations to prove the naysayers wrong while delivering on the promises made to the public;

• Strike a balance between political imperatives and anxiety among citizens wanting change on many levels. This task alone is daunting, yet it requires a sober and bolder approach than what we have had so far. With a struggling fiscus and limited investments being injected into the economy, the president will have to make some difficult choices for the benefit of citizens that may not be in the interest of his political colleagues in the ANC;

• Develop sustainable mechanisms for generating revenue without necessarily increasing taxes, such as value-added tax. Any move to increase taxes will most probably punish the middle class and the poor and exacerbate levels of inequalities in the country.

• Deal with the culture of impunity, especially among the political elite. They seem to operate above the law despite regular disclosures of their involvement in corrupt activities, especially at the municipal level, where the majority of municipalities have become dysfunctional and unable to deliver on their constitutional mandates;

• Deal with the policy uncertainty generated by differing ideological positions among leaders in the ANC. The more policy uncertainty lingers in the country, the harder it will be for the government to attract the much-needed financial investments to spur economic growth and stem job losses. The president must take hard and unpopular decisions to create an environment of policy certainty;

• Inspire a disillusioned public. The challenge for Ramaphosa is to keep his side of the bargain in the current political atmosphere — ensuring policy certainty, bringing efficiency back in government, reducing red tape, streamlining state-owned enterprises and speeding up the prosecutorial processes of those who are guilty of looting public coffers. Until this side of the bargain is fulfilled, it is impossible to rally the public behind any government program as their appetite for consensus is waning swiftly.

It cannot be business as usual. It is imperative that the president and his team change their leadership gears and steer the nation out of the socioeconomic quagmire it is in. Civil society must advocate for political accountability by all politicians irrespective of their political parties. Moreover, good governance must be entrenched across all spheres of public leadership.

Active citizenship must be everyone’s responsibility. With just over a year to the next local government election, citizens need to demand improved public service delivery as well as transparency in all government dealings. This is a call to action and needs us all.