Social Cohesion in the Last Decade: Taking Stock to Inform The New Decade

Can democracy be distance friendly?

FAKE NEWS AND CONSPIRACY THEORIES AMIDST THE COVID-19 PANDEMIC 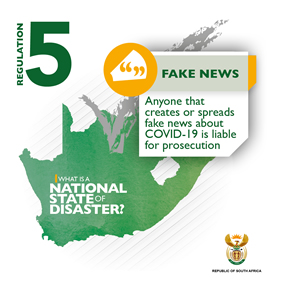 In a world desperate for information during this trying time, fake news or unverified information is popping up more often on our timelines and often peddlers do get audiences.

Part of our work during this period, as the Democracy Development Program, is to assist in the conveying of information and messages regarding the state of affairs in our country.

As we have noticed though, there appears to be significant increase in false news stories being circulated throughout various social media platforms. This is very harmful for the efforts of government, health professionals and NGOs working against the spread of the virus.

Today, much false information concerning Covid-19 has come to the fore, statements have been made and information distorted causing panic and uncertainty within communities.

Since the outbreak of the virus, we have witnessed and read about several conspiracy theories brought to life in an attempt to understand the invisible killer that has brought the world to its knees. However, these theories only make the job of containing the spread of the virus more difficult for governments.

Some members of communities have even refused testing and do not believe in self isolation adding to the devastation.

A few weeks ago, we heard that 5G radiation had a link to the spread of Covid-19. People were claiming that the 5G radiation was responsible for the uncontrollable virus while there is zero evidence of this and biologically impossible.

In some parts of the world, 5G towers were destroyed. In South Africa, this has led to many refusing screenings and testing for the virus and future vaccines not being an option.

In actual fact, the Bill Gates Foundation had donated testing kits. This reporting by News24 also led to Trevor Noah, a South African Comedian now host of the Daily show, receiving death threats subsequent to his interview with Gates on all things Covid-19.

Those who threatened Noah believed he was in cahoots with Bill Gates in their plan to cull the African population.

Another false story of testing kit received as donation from China being contaminated with Covid-19 made the rounds on social media. Authorities acted swiftly arresting a Cape Town man who made a video that went viral discouraging testing for the virus.

Though he will not be prosecuted, Reverend Meshoe, leader of the African Christian Democratic Party (ACDP), also made the list of transgressors and spreaders of fake news when he refused to be tested with kits he claimed were contaminated.

For ordinary folk, it’s easy to perceive true information when coming from someone of high societal stature, a person who is an influencer. The results are often harder for those working to curb the negative. In our current situation, it has created a slight difficulty on government’s efforts to convince citizens to get tested.

Some people will believe what they read on social media and ignore what experts say, this might be one of the reasons why the lockdown regulations are not fully adhered to in rural areas, townships and informal settlements. In such areas, there are people who believe that the virus is a hoax, it does not exist.

We can count ourselves lucky though due to a recent report which says that according to Covid19 Infodemics Observatory, South Africa ranks second after Singapore for the most reliable Covid-19 related news and information. The regulations have gone as far as to criminalize the spread of false information on COVID-19.

It is every individual’s duty and responsibility to assist the government in the fight against Covid-19 by complying and adhering to the South African Lockdown regulations to ensure that we minimize the spread of the virus.

Let us all take care of ourselves and our families by doing the right thing. Let us keep washing our hands regularly using sanitizers, and for those who do not have sanitizers, please use soap and water and as per the government’s directive, please ensure that if you go out to a public place, you use your mask.

Together we can beat this!

Sthabiso Mdledle is a DDP Communications Officer and writes in her personal capacity.