Covid19 and citizenship in South Africa 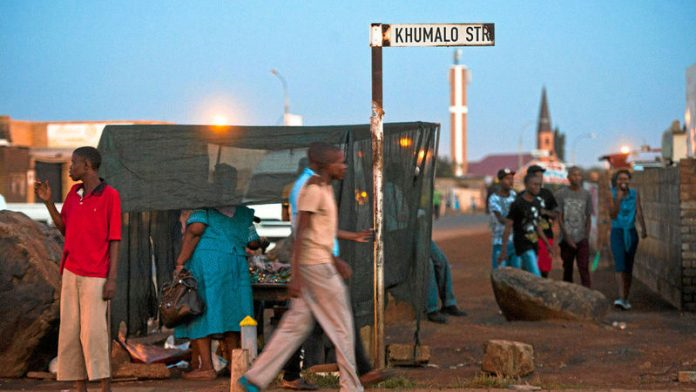 It is critical that young people be included meaningfully in politics and political processes to foster longer-term societal stability and peace to advance the socioeconomic development of the nation.

There is a general sense that traditional politics and representative democracy fails to attract the attention of young people. This is despite knowing that young people, historically, have been at the forefront of bringing about social and political change in pre and post-democracy eras. Yet in the last two decades, young people feel they have been reduced to recipients of decisions rather than shapers of decisions.

The perceived feeling of exclusion has often led to young people seeking alternative means of expressing their frustration and dissatisfaction with government and other forms of authority. When frustration reaches to unbearable proportions, often youth turn to civil disobedience expressed in the form of protests that sometimes turn into violence.

It is critical that young people be included meaningfully in politics and political processes to foster longer-term societal stability and peace to advance the socioeconomic development of the nation.

So then, how can young people be meaningfully involved in politics in South Africa in this new decade?

First, the government at all levels of governance needs to recognise that young people aspire to express their dreams through inclusive participation in all decision-making processes, from the conception of policies, formulation all the way to implementation. Young people need platforms where they can influence policy decisions concerning their welfare and opportunities through which they can actively pursue their political and socioeconomic priorities, which may often differ from those of their older counterparts. They need to be respected and embraced to forge a meaningful partnership towards making those aspirations and priorities a reality.

Second, society and political parties must support young people’s candidacy to contest elections. The number of young people serving as parliamentarians remains low. There is a need for collective support from civil society, the Electoral Commission of South Africa and political parties to facilitate their representation in the legislature. This can be done by, for instance, providing young candidates with training in how to campaign successfully, the legal framework governing elections, rules and regulations of the legislature, as well as roles and responsibilities of parliamentarians. Training will enhance their candidacy and prepare them for the responsibilities ahead of them should they become members of Parliament. Political parties can work together to eliminate barriers that may hinder young people from reaching electable positions. Intra-party processes must be non-discriminatory so that young people can gain the confidence to participate in their parties.

The time to invest in the next generation of leaders is now. Being a strong leader can be draining. It requires resilience. Mentors can play a significant role in preparing young people for politics and political leadership.

Fourth, civil society in partnership with the Electoral Commission of South Africa and political parties need to work harder in encouraging young people to participate in voting. Targeted democracy and voter education programmes are required to increase young peoples’ interests in the political affairs of the country. Such programmes will not only increase their knowledge about politics but also deepen their commitment to democratic values and principles. Next year’s local government elections would be a good test case for increasing young leaders in our municipalities. The time to prepare them is now.

This article is also available on the Mail &Guardian online

Dr Paul Kariuki is the director of the Democracy Development Programme in Durban. These are his own views.