Tsakani Maluleke has a very tough job ahead, but she’s up to the task 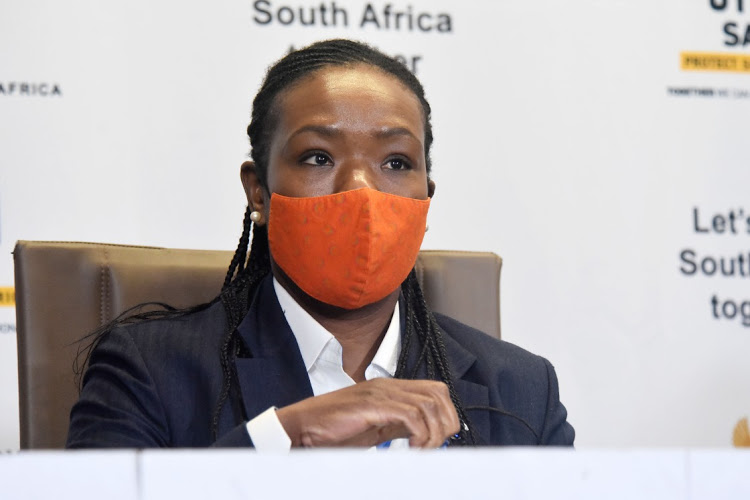 President Cyril Ramaphosa’s appointment of Tsakani Maluleke as SA’s new auditor general spells hope for the nation. Her seven- year nonrenewable term officially commences on December 1. She succeeds a stalwart, the late Kimi Makwetu, who led the organisation with integrity and a sense of patriotism during his term.

While the nation mourns Makwetu’s death, we are comforted by the appointment of Maluleke, who served ably as Makwetu’s deputy. She was recommended by the National Assembly after competing for the position against six chartered accountants, becoming the first woman to hold the office of auditor-general in SA.

Maluleke’s appointment comes in at a time when the nation is grappling with the challenge of corruption and mismanagement in the public sector, especially at municipal level. Makwetu released a scathing report a few months ago over the state of local government. There is an expectation from the citizenry that Maluleke will continue on the same trajectory of promoting good governance and accountability in the public sector without fear or favour.

She also assumes office at a time when SA has been further downgraded by two key rating agencies, Moody’s and Fitch. The downgrading complicates the country’s economic recovery plans as government attempts to revive the economy and create a conducive environment that will support job creation and attract investment. Under these circumstances the task of the incoming auditor-general is more critical than ever — to closely monitor the budget deficit of government as well as government debt and borrowing costs to ensure the economy remains fiscally sustainable so as to support the planned economic reforms and economic recovery plans.

Maluleke will need to closely monitor compliance by state-owned enterprises (SOEs) given the increasing irregular expenditure incurred in the last financial year.

According to the 2018/2019 auditor-general’s report, irregular expenditure incurred by SOEs and various government departments amounted to R61.35bn. Makwetu reported that the irregular expenditure did not necessarily imply corruption,but meant noncompliance with the laws and various regulations, especially as they relate to the supply-chain management processes by government departments and SOEs. The incoming auditor-general therefore has a huge task to ensure these institutions adhere to the prescripts and regulations that will help restore them to good governance and strengthen accountability.

Connected to the above point, she will be expected to follow up with all accounting officers in the public sector to ensure they institute sufficient internal controls to limit financial pilferage of public resources and the material irregularities that continue to blight audit reports each financial year. In his last parliamentary briefing the late auditor general reported that the country had lost nearly R174.88bn to date as a result of irregular expenditure. According to the report, of the 423 national and provincial government departments and agencies, only 23% received clean audits. The balance received unqualified audit reports.

The situation is dire. To lead effectively while managing public expectations, Maluleke must bring all key stakeholders on board, solicit their support and share her vision for her term with them. It will take courage to tackle the governance challenges facing the nation and public sector. She cannot undertake the task of restoring citizens’ faith in the public sector on her own. It must be a case of all hands on deck from all sectors – government, parliamentary portfolio committees, private sector, labour and civil society – working closely with her in promoting good governance and accountability as a non-negotiable norm in the public sector.

She will need to make bold moves early in her term as far as stemming corruption and other forms of maladministration are concerned. As a strategy, this move will instil confidence in the public that she can tackle the challenges confronting her term of office head-on without prejudice or fear. This also means rallying her team behind her vision, guided by the constitution and the various provisions that set up this chapter nine institution.

There is significant work to be done at local government level in particular. There is a need for systemic and legislative changes to insulate the sector from the political interruptions that contribute to the ongoing dismal performance of many municipalities, as reflected in the late auditor-general’s report. As the sphere of governance that is closest to citizens, it cannot be business as usual in local government.

Maluleke will be expected to act speedily in developing turnaround strategies for the sector, improve performance and establish good governance and accountability.

The incoming auditor-general has a huge task on her hands. Given her illustrious career and excellent professional experience, there is no doubt she will deliver on her assignment and meet citizens’ expectations.

Dr. Kariuki is executive director of the Democracy Development Programme. He writes in his personal capacity.