Briefing by the Department of COGTA and MEC on the status of boreholes, report on beneficiaries of EPWP and on 1st Quarter Report 2021/22 (Financial and Non-Financial).

The portfolio committee on COGTA met virtually on the 3rd  of September 2021 to get a report on the status of Boreholes, beneficiaries of EPWP and the 1st quarter financial and non-financial report. The MEC of COGTA , Hon. SE Hlomuka was present. He noted that his team and himself were happy to be a part of the meeting and to be reporting on their progress to the Committee. He reiterated that while these are difficult times to work due to the Covid pandemic, them as a department have embraced the new normal and they have continued to work to the best of their abilities under these difficult circumstances. He noted that as last month was women’s month as a department, they are happy that at senior management level they have 61% in these positions. He reiterated that women empowerment to the department is a major priority. The MEC further noted that they will support and monitor all the borehole projects in the province and all districts as these have become so topical. He pointed out that some of the criticism that they have received as the department are on the cost involved in drilling of the boreholes an issue which he said is fully covered in the report they are to present to the Committee. He also advised the Committee that the issue of the EPWP beneficiaries and interventions to municipalities is also covered in the report. The MEC advised the Committee that they received a clean audit for 2020 and noted that as a department they could have noted achieved that without the support of the Committee through its oversight role which kept them on their toes.

The Chairperson asked the department to clarify on what they mean when they say that the cost is high because of employing locals. Hon. M Govender also noted that there is a concern about the cost as the media is full of articles reporting that the cost of the boreholes is too high according to experts. In response the department HOD said that he had not read the papers but reiterated that the cost on the drilling of the boreholes is the real cost. He emphasized that they are many issues or variables such as topography and quality of water. The HOD said he is not aware who those experts quoted in the media are and how they quantified the cost of the borehole. He reiterated as the department they subjected the process to a rigorous process which gave them the reported figures. Hon. M Govender and  Hon. OB Kunene requested that the report on the costing be  presented to the Committee in their next meeting. Hon. MPP Zungu agreed with the HOD on the issue of topography and reiterated that KZN has a different topography which can make the drilling cost be high. The MEC advised the Committee that they can provide said  the costing report to the Committee.

The HOD also presented on the report of departments owing COGTA. After the presentation Hon. OB Kunene asked the HOD why they said the information they had provided is not audited. He asked what the implications of this are. Hon. SC Nkosi asked whether the Committee  that investigated debts owed to municipalities still operational. He also asked the department can confirm the issue of billing is straightforward. Hon. SC Nkosi reiterated that some government departments were refusing to pay as the queried the billing system not being in order. He also asked the department whether it is true that they are billing some schools as business.  The Chairperson pointed out that she is shocked that Eskom owes the department such an amount and nothing has been done yet Eskom takes others to court for defaulting payments. She urged the department to make sure that they make Eskom pay. Hon. M Govender said revenue collection is important and municipalities should enhance their efforts in collecting it. In response the department said the Committee still exists and it comprises provincial government, COGTA and SALGA who are trying to resolve the issue of debt payment. The HOD also said it was true that the billing system caused problems such that other government departments queried it.  He reiterated that the Accounting Officers should make sure that the debts are paid for, and credit control system of the municipality must be followed. As for schools that were billed as businesses the HOD advised the Committee that they should feel free to engage the municipality and negotiate. The department also noted that as with Eskom they will make sure that they strongly follow the debt and be ruthless as Eskom is when it is following its debts. Responding to the unaudited information the department argued that its unaudited as the audit for 2020 is currently underway and once it is out, they will provide it.

The financial and nonfinancial report for the 1st quarter was also presented to the Committee by the department. Hon. SC Nkosi and Hon. MPP Zungu and Chairperson congratulated the department for a clean audit. He pointed out that this shows that the department is on the right track, and he encouraged the department to continue to do the same. The Chairperson also asked about the vacant posts and why they are still yet to be filled. She also asked why the vacancy posts of Izinduna are not yet filled and if there is any challenge that the department is facing regards to that. In response the HOD said they did hold back the filling of these posts because of the unavailability of funds. However, on Izinduna they have filled 107 and by September 2, 2021, they had also filled 55 more. On general vacancies they have filled 30 and they have embarked on a rigorous process to recruit the remainder. 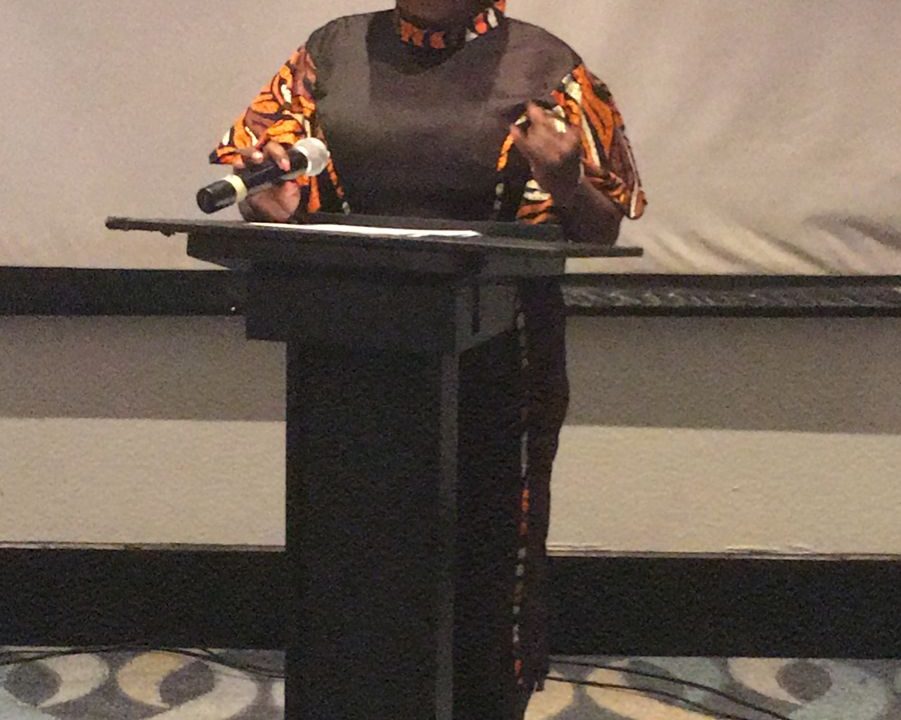 Chairperson of the Multiparty Women's Caucus in the KZN Legislature, Honorable Celiwe Madlopha at the Training in Durban.