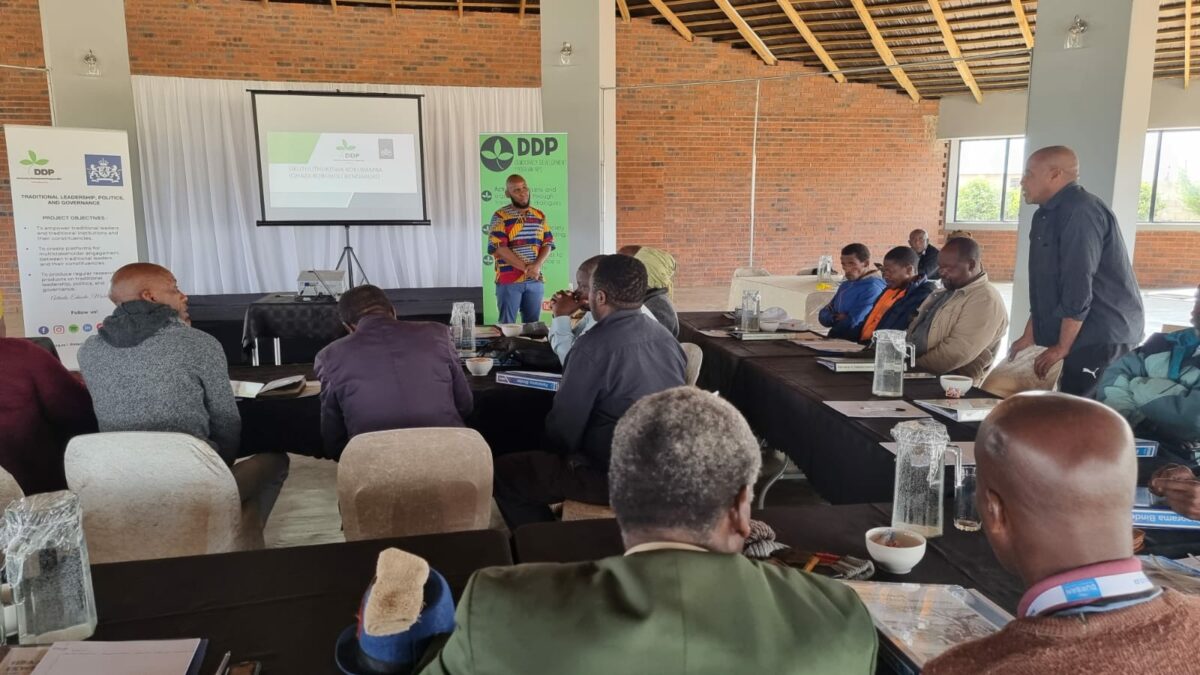 The Democracy Development Program, in partnership with the Independent Electoral Commission (uMsunduzi District),  hosted a capacity-building workshop with traditional leaders in the Impendle Local Municipality. This workshop is part of a pilot project, supported by the Embassy of the Kingdom of the Netherlands, which will engage and build the capacity of local traditional leaders in becoming meaningful stakeholders in the democratic dispensation of this country.

Traditional leadership generally is often not actively engaged by communities and politically elected representatives in the process of undertaking steps for development and public participation. In more metropolitan and urban environments, little seems to be known or taught about the value of indigenous knowledge systems and the role of traditional leaders as custodians of these knowledge systems, but also as active participants in local governance issues.

The Traditional Leadership and Governance project is being managed by the DDP Senior Programs Officer, Sphamandla Mhlongo, with co-facilitation by #ASEFSA Director and KZN Tourism Board Chairperson Mr. Sthembiso Madlala.